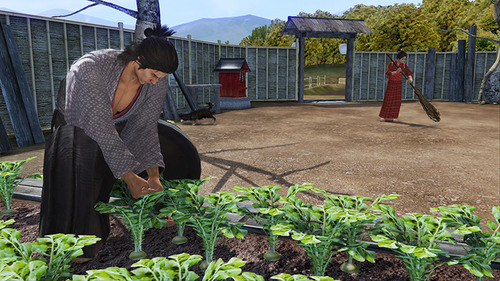 Live the quiet, country life at Ryoma Sakamoto’s secondary residence with the mysterious girl Haru in this game mode. Grow vegetables, raise pets, cook, and do otherr thins that you wouldn’t be able to do living the stressful life of the Shinsengummi. As your relationship with haru grows deeper, various special events may be unlocked.

Play with a battle style all your own and become the strongest person in the Bakumatsu era! Use your katana, pistol, fists, or a combination of these. With each style comes special moves.
There are also special weapons like the spear, long sword, and cannon. Other items you find in the street can be used in battle, as well.

All of this sounds amazing! Let’s hope that now that Sega owns Atlus they’ll be more inclined to bring this one west!