Since we’ve gained a lot of new fans and followers in the last couple of days. Many who do not know anything about Yakuza 5 but are none the less interested in the series. Here are some of the biggest changes you will notice in the new game.

Read more to see the biggest changes in Yakuza 5 in series history! Retooled fighting mechanics.
The fighting mechanics this time are smoother than ever. Allowing you to chain together combo’s and perform the most brutal heat actions in the series history. On top of that the engine can now handle a ton of enemies on screen at once allowing you to face off over 30 enemis in a single fight! 4 of the 5 characters are fighters each with their own unique style. You play as Haruka.
For the first time in the series history one of the lead characters is a 16 year old girl. Harkua’s story is just as deep and emotional as all the rest but instead of the brawling action system you’ve come to expect from the series. This time Ryu Ga Gotoku Studio have created a complete music/rhythm game! Haruka’s story involves her becoming the top idol in Japan. To do so she must challenge other performers to dance offs and learn new moves in order to compete. Definitely a change of pace for the series but a welcome one for music game fans. 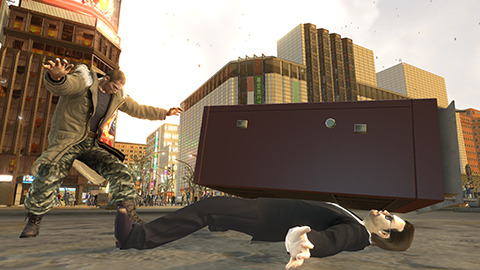 Entering fights is now seamless.
In previous entries in the series if you are accosted on the streets by some punk the game would load and put you in a boxed off area to fight in. That’s all changed in yakuza 5 where now any one you run in to that wants to throw down the game will instantly transition between freeplay and battle. Kiryu’s Taxi Service
Kiryu’s moved on from the sunflower orphanage. Why? You’ll need to wait and see. Now he’s driving a taxi in Fukuoka. The Dragon of Dojima can’t catch a break even there. With street gangs owning the roads Kiryu has to take them head on in breakneck races of skill! In addition to the new raceing mechanics Kiryu will also be able to pick up fares and deliver them while making small talk that eventually leads to new substories. If that’s not enough his cab is FULLY customizable. Hot pink wheels? Check, Bright purple under-glow? You got it. Saejima’s Hunting
Saejima is back this time after becoming lost in the woods he takes up hunting. In a large open world environment you can track, trap and shoot any animals you come across  Are you skilled enough to take on the legendary bear that stalks the forest  The key feature in the hunting is the dynamic weather environment.  It could be clear skies when you start out and before you know it a snow storm has picked up and reduced visibility to nothing! 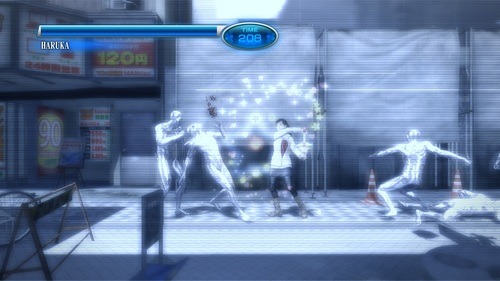 IF8 is now a side scrolling beat em up
Who remembers Doc Brown look-alike Doctor Minamida and his amazing machine the IF8-R combat training system? He’s back in Yakuza 5 and this time the IF8 is a side scrolling brawler that all characters can participate in. Yes even Haruka gets to take on some digital baddies and unlock new techniques! 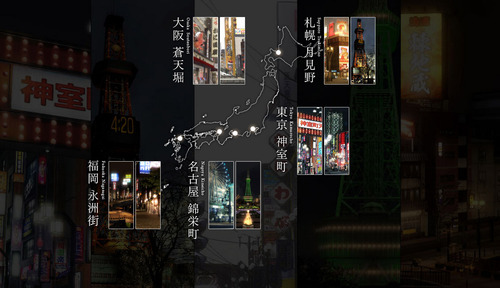 5 cities to explore
When Yakuza 5 was first announce Ryu Ga Gotoku studio ran a contest to decide which cities would make it in. When the contest finally ended they looked at the results and then threw them in the trash deciding that ALL 5 cities should be in the game! Instead of just Okinawa and Tokyo in this game you will be exploring picture perfect recreations of Sapporo, Tokyo, Nagoya, Osaka and Fukuoka! Making this the most ambitious game in the entire series.

Those are just a small taste of some of the biggest changes in Yakuza 5. There is of course a TON of stuff not listed, new minigames, sub stories, another drama’s, tv interviews, fan meetings, Taiko drum master in arcades fully playable Virtua Fighter 2. Tons of stuff to keep you busy for weeks!